For the Bible Tells Me So

I was literally listening to the late and great Whitney Houston’s rendition of this children’s song from her Bodyguard soundtrack. To this day, when I listen to her voice, a great sadness comes over me. But I commend her song to you today. You can listen to it here:

I was also reflecting on the Bible and something I said during one of my earliest podcast interviews about Hoodoo. People kept reaching out after I did that cast and told me that they loved it, but that I was being provocative and even controversial. I had to go back and listen to see what I said that was so shocking! Then I got it. I said that it was okay and acceptable to rip out pages of the Bible and even to burn them to ash and use them in rootwork workings as needed.

Okay, you got me. That was definitely provocative, but not for the reasons folks might think. Let me explain.

I am a seminary-educated Christian minister and bishop, among other things. I know from that training that 99% of the Bibles we may all know and love are NOT the actual Bible, but a translation from the original languages. And yes, it was LANGUAGES. Just like the Bible is not one book, but multiple books written over centuries and millennia, so too are there multiple languages throughout—especially in the Hebrew Scriptures. This is one of the reasons why the Bible sometimes contradicts itself and doesn’t make sense on certain issues. Two writers with, let’s say, 500 years between them are not in the same worlds or time periods, so their sense of reality is different. In one book the Jews were exiled and with nothing, running away from the Pharaoh’s madness, while in another they are the lead reigning power performing ethnic cleansing in Yahweh’s name. It doesn’t make sense because it’s not supposed to. It won’t make sense when multiple authors over multiple time periods sit down and write their perspectives. Then the Church and its clergy come along and smash all those stories together and expect everyone to check their intelligence and critical thinking skills at the door. Um, no. It would have been more ingenuous for translators to call the Bible an “Anthology of Stories About God and the Reality TV Drama of God’s People.”

The problem is, we see the finished product of someone else’s agenda. It looks clean, perfectly lined up and all in one language. And it doesn’t matter if it is a liberal or conservative interpreter doing it. They all make choices about what words and phrases mean. What stays in, what gets taken out. The problem with that is, in biblical Hebrew for example, many Hebrew words have two, three or more possible meanings. So when someone sits down to create a translation of the Bible, they choose ONE. If you are lucky, they will put the others in a footnote. But even that footnote won’t help you to understand what’s really going on, because there’s often context behind the text. People get doctorates on this subject, just so they can translate with some degree of accuracy.

See what I’m getting at? A translation, any translation, is not really the Bible, Old or New Testament. It’s someone making the original Greek, Hebrew and other languages work for them and their agenda.

Knowing this, I then asked myself, why can’t I do the same thing? Why can I not make the Bible work for me, instead of mindlessly working for it? Because unless I am willing to do the work to learn how to read original Greek and Hebrew (which itself is years of work!), when I crack open the NRSV, NIV or KJV (or any translation), I am relying on what someone else says the Gospel Truth is.

No. I want to make the Bible work for me. And there are times where I need those pages for a working. As an example, most traditional recipes for creating Cyprian Oil require you to work with torn-out pages of the Book of Revelation. If you’ve ever read that last book of the Bible, you will quickly understand why! On top of that, there are pages that get burned to ash and added to the Oil itself, in addition to other materia.

I have also used Psalm texts in a similar way. Like if I am creating a Hyssop Oil, I will likely also burn to ash Psalm 51 and add it to the Oil, then pray that same Psalm over the mixed contents.

Now where I WOULD hesitate to rip or burn scripture is if it were a Hebrew Old Testament or Book of Psalms. I do subscribe to the Jewish belief that the literal Hebrew letters contain some aspect of God and God’s servants (angels) within them, so I would be much more careful how I go about that. But everything else is fair game and open season.

I am writing about this because I know many of us, even if we do not claim any adherence to an Abrahamic faith, may feel some kind of way about blaspheming holy scriptures in spiritual workings. But it is important to deconstruct and analyze points of indoctrination too. Not doing so can undermine our effectiveness and power as workers. The Bible is one of those places where much indoctrination and idolatry has reigned for far too long. It was never meant to be worshipped. It was supposed to be a guiding post to inspire faith.

Those who were dragged to this stolen American country in chains did not know how to read English. This did not change until white slaveowners decided we were kind-of-human, worthy to hear the Good News, and become Christian. But even then they did not do the work, oh no. They taught a few slaves to read and sent them into plantations to convert other slaves to Christianity. People keep saying, even in 2022, that Christianity was forced on African Americans. That irks me because it dismisses an even more insidious narrative, which is the spiritually violent process of making slaves agents of their own communal destruction. This was the beginning of causing us to shun, fear and reject our own indigenous ways. The first missionaries to enslaved Africans were not white, but looked like us. To this day, there are many African Americans who regard even Hoodoo as Devil’s magic—even when church founders were ministers AND rootworkers, just like me.

No, the Christian and biblical connection is here to stay. The violence done in the past makes it near-impossible to reclaim what was stripped away by slavery. Yes, there are traditions like Palo Mayombe, which is an approximation to the original Congo tradition Hoodoo came from. But Palo comes from its own Cuban social location that would not seamlessly interface with some of what has evolved in Hoodoo over the past 200 years. And I do not feel like we need to create another initiatory tradition, which is what going back to the traditional medicines would require.

I believe in my heart that the answer is to continually subvert the indoctrinating elements and false narratives we’re still being fed. Don’t just study Hoodoo for yourself; study it then seek out and create inclusive community—community that EXPANDS the roots and branches of Hoodoo in all the historic and modern contributions of every ethnic group that has and continues to come to this country. Experiment with indigenous forms of spiritual expression in your Hoodoo and prove me wrong that there’s other ways to do the Hoodoo you do that are not so Bible-dependent. I want to be wrong about that, and see what wonders others can do. Because, for me, at the end of the day, I want Hoodoo to remain a vibrant indigenous practice and I do not expect it to look like it looks now.

Thanks for coming to my Ted Talk.

For more information about Rev. Dr. Aaron Davis and the courses he offers, visit: https://www.theblackthorneschool.com/courses/working-the-roots/ 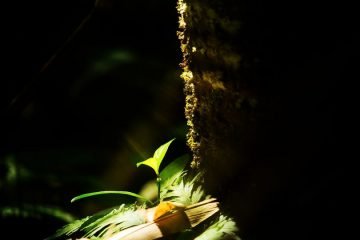 by Calahn de la Luna Equinox Blessings to You and Yours! May this time of changing seasons and stirring energy find you and yours healthy, well, and happy. The Spring Equinox is a time of Read more… 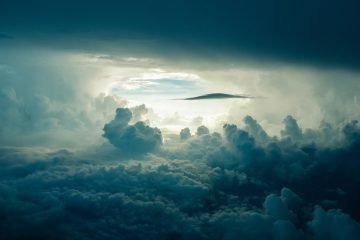 by Calahn de la Luna, Director of The Blackthorne School, Instructor of Intro to Traditional Witchcraft Resistance can often come up for us in unexpected parts of our lives. It’s not unusual for it to Read more… 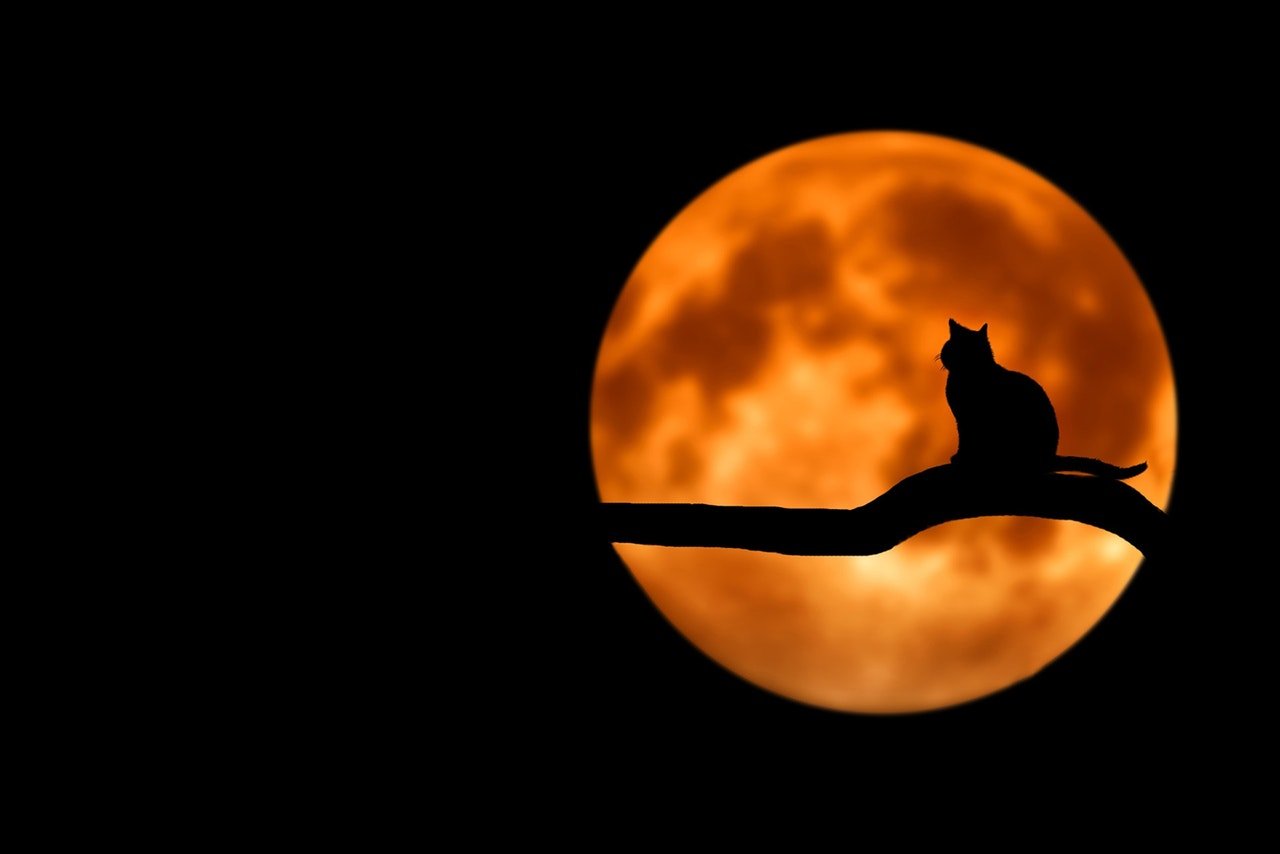 Welcome to The Blackthorne School

Hello and welcome to The Blackthorne School! We are excited to get to share and teach fellow seekers on the crooked path. It is our mission to provide rich information to help aid the practitioner’s Read more…