“Working the Names” is an eight-week course on ceremonial magic forms and mysticism connected to the 72 Shemhamphorash Angels of the Zodiac. In the weeks of the course, you will learn to commune, build a devotional practice and perform numerous practical magic workings with these mighty entities. Because these Angels are closer to our reality, they bring great powers of manifestation that cover a wide range of life issues. So come, learn this arcana and experience the power of the Names!

The course explores some of the history and lesser-known ceremonial magic traditions of working with the 72 Shemhamforash Angels. A few people teach approaches to these Angels, but the vast majority are squarely in the New Age tradition, utilizing only visualization and chants. Those that are better in quality work directly with the Hebrew letter combinations of each Angel’s name. This course has a more traditional bent, also recognizing the power of the God-names of each Angel.

This is not just a course on conjuration, however, but one where we learn to combine spirit-work with practical, results-oriented magic. You will discover that these Angels, perhaps more than most spirits out there, have an enormous amount of utility and areas of life that they address.. In this way, they can truly be a blessing for those who work with them!

We will also explore ways one can work with the Shemhamforash Angels theurgically, to develop one’s self internally and spiritually. One of the high points and original intentions of the traditional ceremonial system was what I called the Grand Rite, where a magician conjures all seventy-two angelic entities. The implications and consequences for our magical praxis is thus as far as our imaginations carry us!

So come, encounter these wondrous Angels, and learn to work the Names.

This is a beginner to intermediate level course. These Angels can be the foundation to your spirit-work if you are just starting out in your practice, but they can also become part of a seasoned worker’s practice.

Week One: Getting in Touch with Your Ruling Angel

This week’s Lesson focuses on the foundations of the and your practice with these angels, namely your Ruling Angel of the 72. We explore this unknown tradition’s method of discovering, contacting and working with this important entity as the start of this arcana. The broad strokes of the ceremonial magic system that undergirds the Shem Angels is also unpacked in part this week.

In Lesson 2 we explore the options for creating another foundational and portable tool of this system, a ceremonial book. You can perform the conjurations without it, but this allows a person to do the work wherever you may be. This tool can also be used to commune with your Ruling Angel or any of the other 72.

This week begins to shift our focus to conjuring any of the other 72 Angels, as well as their “bad angel” aspects. I unpack what this likely seems to mean, and discuss how and when you might work with these other aspects of their personalities and abilities. We also review possibilities of conjuring more than one Angel at a time, as these zodiacal angels have a resonance that can work as a group when needed.

Because of the ability to work with these Angels in their positive and negative aspects, I also introduce a Solomonic tool—the Black-Hilted Knife—that may be necessary to have rein in their wilder sides, as well as be used in specific practical workings we will explore in later lessons. This Knife has pretty limited function traditionally, but we will expand its use to serve more practical magical ends!

This week explores a key resource of this system, which in many ways is its magnum opus and original intent as the early practitioners noted. The Grand Rite allows you to draw upon the full force and presence of the 72 Angels for major life issues, including self-development. We will explore the ritual, things to consider, how to prepare for such a major undertaking and what the combined power of God’s Names means to use magically. This is not a ritual to take lightly!

This Lesson continues moving us away from conjurational spirit-work toward more practical aims, drawing upon insights from an Appendix text of the 6th and 7th Books of Moses. In these texts, the 72 Angels are referenced a few different times, so this week ties the Kabbalah in that grimoire with the work we have done thus far. Here you will begin to see how the Angels can be used to address a host of life issues.

In Lesson 6 I share some practical toolsets that ultimately help strengthen your connection to your Ruling Angel and any of the other Shem Angels you choose to work with. We go beyond just communion, however, to being able to converse with divination through such media as playing cards. Drawing on an old Hoodoo playing card correspondence, I show how you can see which Angel(s) speaks on a situation. There is also a suggested meditative practice, to deeper any theurgic work you may do with these Angels.

Finally, there is consideration of how we might go beyond the confines of this course with the 72. Note that this was where I had originally intended to end the course, but my own Ruling Angel had other plans—hence Lessons 7 and 8!

Lesson 7 goes more deeply into practical magic applications with the 72 Angels, to show you the depth of their utility. As much as we explore in this class, it still feels like scratching the surface, because there are traditions within the main tradition. This Week, we explore some parts of those sub-traditions. My hope is that this inspires you to think outside the box and innovate your own workings as specific needs arise.

This final Lesson was a bit of a surprise, but one that I felt was necessary after some consideration. Some people may not be comfortable with spiritual warfare as part of your personal ethical principles, and I appreciate that. But for those who have that need, I showcase a method by which you can work with the Angels among the 72 who are specifically designated as warriors to fight your battles. This week also has practical applications explored, so you can see exactly how the Angels might do what they do. 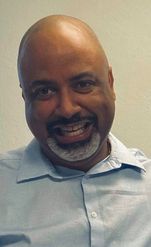 The Reverend Dr. Aaron Davis is a native son of Albany, New York. He has been supporting the Christian ministry since 1996, and it was also during this time that he recognized the call from his ancestors growing louder.

This led to discovering his ancestral home in the African-derived tradition of Lucumi and related practice of Espiritismo. These traditions established the ancestral connection and also taught a healthy reverence for all the forces of nature known as Orisha for The Reverend Dr. Aaron Davis. Life took on a new meaning, as he learned about his ancestors and spiritual birthright. Hoodoo is in his blood. For over 17 years, Aaron has found joyful fulfillment in working the roots while helping others.

By prayer, laying on of hands, and calling the Holy Spirit, The Reverend Dr. Aaron Davis was made Bishop of The Renewal Church (TRC). During consecration, he recognized the Cyprianic spirit in the lineage of Cyprian of Antioch was omnipresent.

He is also a passionate student of the Solomonic and Greek Magical Papryi traditions.